The cholera death toll in Butaleja District has risen to eight after four more cases were reported this week.
Dr John Matovu, the Butaleja District health officer, told SOFA on Tuesday that four deaths at two health centres and two others had been reported.
He said the first case was reported last week and they had initiated a unit to respond. The team is led by the district health officer and the district health inspector, Mr Henry Isogoli.
The four, according to Dr Matovu are among the 25 patients who had been admitted to the various rural health facilities across Butaleja District.
“The situation is getting out of hand and this calls for more intervention,” Dr Matovu said, adding they continue to receive complaints from residents, who have lost their relatives, of being stigmatised.
“The way cholera is spreading in the district is worrying both district health department and residents and this has to be blamed on lack of sanitary facilities such as pit-latrines in most homes,” said Dr Matovu.
According to available data, the first suspected case was reported in Nabiganda Trading Centre, Kachonga Sub-county.
Mr Michael Higenyi Boole, the Butaleja District vice chairperson, said many people who had been affected had attributed the illness to witchcraft, which in turn affected both treatment and response plans.
Posted by Unknown at 22:28 No comments:

40yr-old man sentenced to death for infecting daughter with HIV

The High Court in Kampala has sentenced to death a 40-year-old man for defiling and infecting his daughter with HIV/Aids.
High Court Judge Elizabeth Kibula Kabanda handed Denis Ssebugwaawo the sentence after finding him guilty.
Prosecution said on January 21, 2013 at Kinaawa village in Wakiso District, Ssebugwaawo defiled his 12-year-old daughter.
“I am convinced that the prosecution has proved every ingredient of the offence of aggravated defilement beyond reasonable doubt. Looking at the evidence of the medical examination of the victim together with the convict’s plain denial that he knew the victim was defiled, I take it that his defence is utter lies,” Justice Kabanda said.
She also noted that Ssebugwaawa threatened to cut the victim in case she told anyone.
Court heard that during the month of January 2013, Ssebugwaawo sent away his other family members. On the fateful night, both victim and convict stayed in the house together. She was noticed by a neighbor the next day walking while widening her legs and upon interrogation; she revealed that Ssebugwaawo had slept on her.
Ssebugwaawo was arrested from the same house he had committed the crime and taken into detention at Natete Police Station where he admitted being the biological father of the victim.
Posted by Unknown at 23:49 No comments:

Kampala. A total of Shs32.2m has so far been collected in a campaign meant to help Ms Carol Atuhirwe, a Uganda Christian University student suffering from throat and lung cancer, get treatment abroad.
According to Justine Nyachwo, one of her friends involved in the media campaign titled, ‘Cancer relief fundraiser for Carol Atuhirwe’, they still need to collect a balance of Shs247.8m.
“Hi everyone, thank you for your care and love for Carol.
However, we’re running out of time, the surgery is supposed to take place this month. Carol has received total donations of about $10,000 (about Shs32, 650,000). Let’s try our best to contact these men and women with power and the funds to save our friend-Together we can. ‪#‎SaveCarol #FightCancer. Thank you and be blessed,” Ms Nyachwo wrote on Carol’s Facebook page.
The money was raised through donations and various activities, including a car wash. She explained that Ms Atuhirwe still feels a lot of pain and barely sleeps.
Ms Atuhirwe needs a total of $80,000 (about Shs264.8) for her treatment abroad.
How it all began
On her blog, carosblogonline.wordpress.com, Ms Atuhirwe writes her journey as a cancer patient. She writes that she stopped speaking long before she got to know she had throat cancer, but never took anything serious until it was a little late.
“It was in the year 2011; I was just in my Second Year, last semester at campus when I started coughing small amounts of blood. I didn’t take things seriously until Third Year when I started losing my voice. I thought it was like any other loss of voice.”

Ms Carol Atuhirwe keeps a smile on her face even as she battles cancer at Mulago Cancer Institute. She needs Shs264.8m for specialised treatment abroad. Courtesy PHOTO.
“So I started taking things that could clear my throat. It took long and I couldn’t answer any more questions in class, school became hard for me, fellow students laughed at me, sometimes talked behind my back; it was a horrible experience but wouldn’t allow all the two years to die for nothing so I hanged in there,” she wrote.When she went for a serious medical checkup with the help of a relative, that was when she found out she had cancer. After getting chemotherapy, radiotherapy and several surgeries for the throat cancer, Ms Atuhirwe said she was screened and doctors at Mulago hospital, where she had been staying for more than a year, found out she had lung cancer as well.

However, the throat cancer healed after the treatment.
After a year of chemotherapy for lung cancer without change, she said she had a surgery last year. According to the post on her blog, her oesophagus (gullet) broke down, the spine got exposed and the trachea moved down.
“I crave tasting food, drinking water, having a normal life like other people, maybe I get a job, then never to cover my neck to hide my pain; those will be my joy scars, my warrior scars, courageous. I wish all this ends. I stop sitting on my bed day-by-day, go out sometimes, visit my friends, take trips. Oh God! Make this last dream come true,” Ms Atuhirwe wrote.
Contribution
How to contribute. To contribute to Carol, send mobile money to 0784 768 178 or 0701 930 750.
Lung cancer. According to a study titled “Trends in the incidence of cancer in Kampala, Uganda 1991-2010”, there was a rise in the incidence of lung cancer among females. Likewise, cancers of the lungs remain relatively rare, although incidences are increasing in women.
jbirungi@ug.nationmedia.com #sofoafrica@gmail.com.
Posted by Unknown at 23:30 No comments:

Email ThisBlogThis!Share to TwitterShare to FacebookShare to Pinterest
Malaria is preventable and curable, there were an estimated 214 million cases of malaria in 2015 and 438,000 deaths in 2015.

About 3.2 billion people – almost half of the world’s population – are at risk of malaria.
In 2015, Sub-Saharan Africa had 88% of malaria cases and 90% of malaria deaths.
In areas with high transmission of malaria, children under 5 are the most vulnerable. More than 70% of all malaria deaths occur in this age group.
There for we request you to join hands with us in preventing this in the 2016. We at SOFA are carrying out the camping against malaria. we want to have outreaches to the communities of Busoga in Uganda East Africa and if we get the funding we give out mosquito net to pregnant mothers and children below the age of 5 to at least reduce on the risk of catching the killer disease.

Child abuse is more prevalent in boys than girls, a new study has revealed. 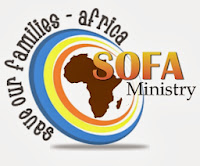 By: Save Our Families Africa.
The report by the African Network for the Prevention and Protection against Child Abuse and Neglect and Save Our Families Africa(SOFA) , by a child rights advocacy group, conducted in Busoga and other parts of Uganda districts showed that boys are more vulnerable (81.2 per cent) than girls (68.3 per cent).
“It was revealed that boys are more vulnerable to physical abuse because they are regarded as more stubborn and due the growing levels of poverty, yhe young lads are sent to work in sugar cane plantations since Busoga is know for the practice.

Child abuse is more prevalent in boys than girls, a new study has revealed.
The report by the African Network for the Prevention and Protection against Child Abuse and Neglect and Save Our Families Africa(SOFA) , by a child rights advocacy group, conducted in Busoga and Kampala, wakiso districts showed that boys are more vulnerable (81.2 per cent) than girls (68.3 per cent).
“It was revealed that boys are more vulnerable to physical abuse because they are regarded as more stubborn. Also, boys are viewed as threats to mostly step mothers that fear that they are the heirs to the property,” said Save Our Families Africa(SOFA) and Mr Marlon Agaba, the senior programme officer Information and Policy Advocacy at ANPPCAN.
With the exception of sexual abuse which the study observed as under reported, the research also discovered that girls are safer from abuse because of a culture that encourages them to be groomed in a self-protective manner.
“Girls remained more vulnerable to sexual abuse at 90percent. In addition, the vulnerability increased with increase in age of the girls. Also absurd, was that 90 per cent of the disabled and 80per cent orphaned children reported to ever being abused. SOFA also noticed that the main perpetuators of child abuse are biological parents at 41 per cent. These were followed by neighbours at 19 per cent; siblings at 14 per cent step parents at 11per cent and teachers at 9.3 per cent.
“This confirms that most child abuse cases are committed at home,” Mr Kasolo Alton Peter of SOFA said.
The survey also highlighted that abuse is not reported until it becomes extreme. “We encourage everyone to take the responsibility of reporting abuse before it becomes too late. 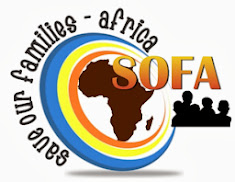 Save Our Families Africa was started by 3 radio presenters Mr Okocha Peter, Mr. Muyonjo Hussein, and Tuliraba Atanansi
who have been involved in community services and discerned a need to intervene. A lot of need in different areas has been noted and all has been relayed back to an important aspect and that is FAMILY. When a family is saved, then there is a guaranteed future.